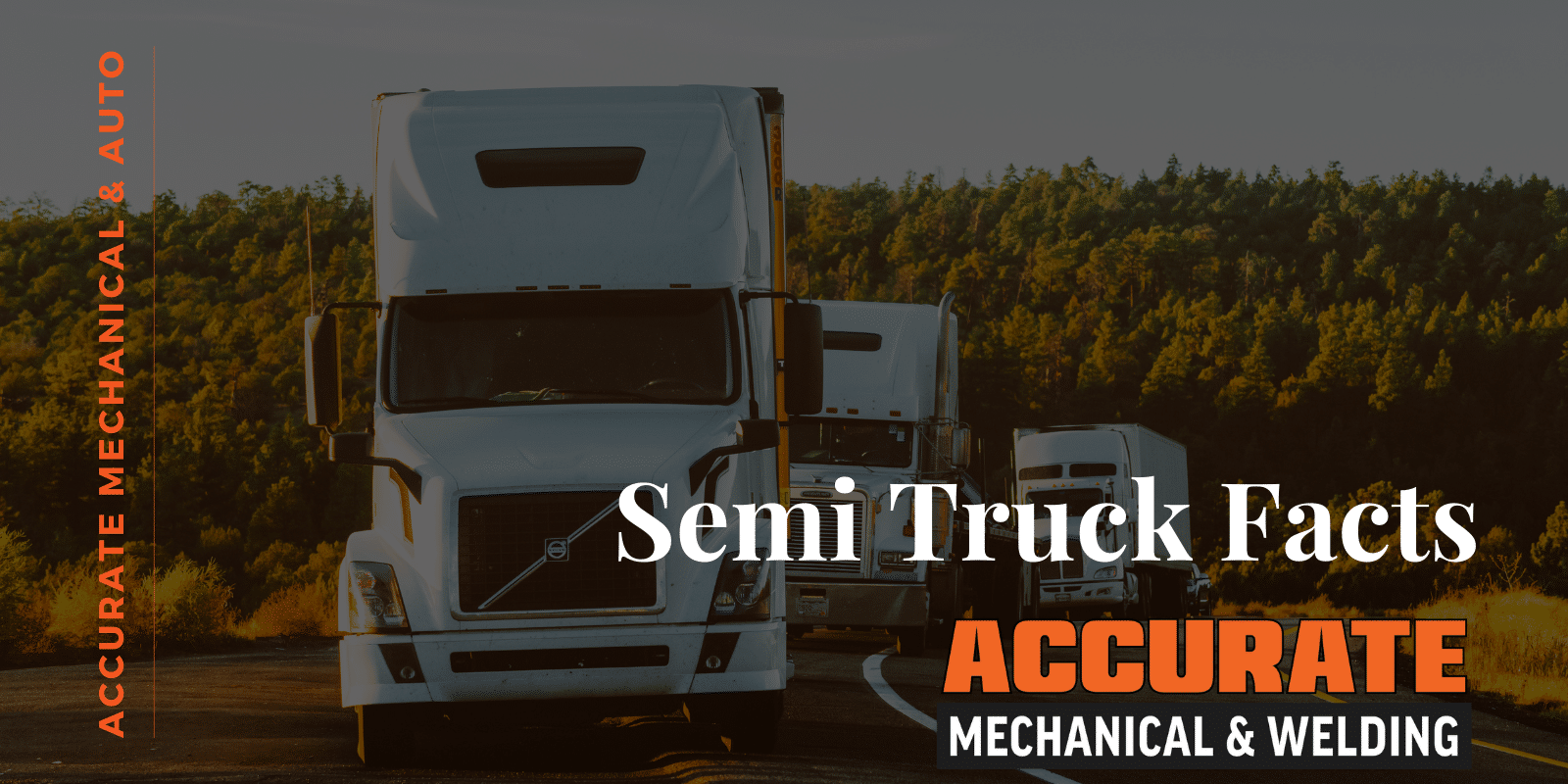 We’ve all seen semi-trucks at some point in our lives and probably thought, “Wow, that thing is huge!”. They’re pretty intimidating, and most dread driving next to or behind one. But that’s probably all that we know about them. Semi-trucks are as impressive as they are big and serve the crucial function of transporting goods across Canada.

You might have wondered, why are they called semi-trucks? Why not simply ‘trucks’ or ‘trailers’? The reason is that the trailers aren’t attached and assembled to the front end of the semi-truck. The trailers have their brake system and immediately brake when disconnected from the truck.

When the trailer is connected to the truck, the wheels start moving due to the air pressure released from an air pump, making the wheels move. Semi-trucks are an impressive collaboration between the trailer and the front truck’s mechanism!

Did you know a semi truck’s engine can run for 1 million miles?

Yes, we said a million!

To give you an idea of how impressive that is, car engines can typically run for 150,000 miles before needing maintenance or replacement.

In comparison, semi-truck engines can go for 1 million miles before you need to consider maintenance! Once you’ve hit that mark, it’s time to think about trailer repair in Calgary.

Yes, driving a car and driving in a truck is pretty different. But typically, expert car drivers can operate standard trucks after a short learning curve. However, even specialist car drivers fall short when driving semi-trucks.

This is why semi-truck drivers need the training to become specialized in driving them. You need a considerable amount of practice before you can start driving them on the road.

This is essential because semi-truck accidents are prevalent, primarily due to inexperienced drivers operating gigantic vehicles. And aside from possible injuries, truck repairs are incredibly costly!

The road giants consume a whole lot of fuel! Since the engines are powerful, semi-trucks typically consume 6 gallons of fuel per mile.

This particular issue stops people from buying semi-trucks; they’re expensive. Everything from the maintenance to the fuel, to the semi-truck repair in Calgary, costs an arm and a leg. However, manufacturers are working to fix this issue by developing semi-truck models that don’t consume as much fuel.

It’s no surprise that a big vehicle would have so many, but it’s impressive nonetheless. In comparison, cars have 5-6 gears. We bet this puts the specialized driving training fact into perspective now. Semi-trucks are no piece of cake to steer and drive. You need serious skills to operate them.

Semi-trucks are built to carry heavy loads. And by heavy loads, we mean things like cars!

Semi-trucks were thought of in 1898 by Alexander Winton, their pioneer manufacturer. He was stumped on transporting multiple horseless carriages from one place to another. By 1899, he had created a truck with a trailer, and the carriages were placed on the trailer to move them. Genius!

Since then, semi-trucks have been most used to transport cars over long distances. While impressive, this does make them pretty terrifying to drive around!

Crucial to Our Economy

Canada is a frontrunner in semi-truck use. Semi-trucks help transport nearly 70% of goods around the country and cover nearly millions of miles every year. Needless to say, they’re pretty popular.

We hope you liked these facts about semi-trucks that show just how impressive and interesting they are!