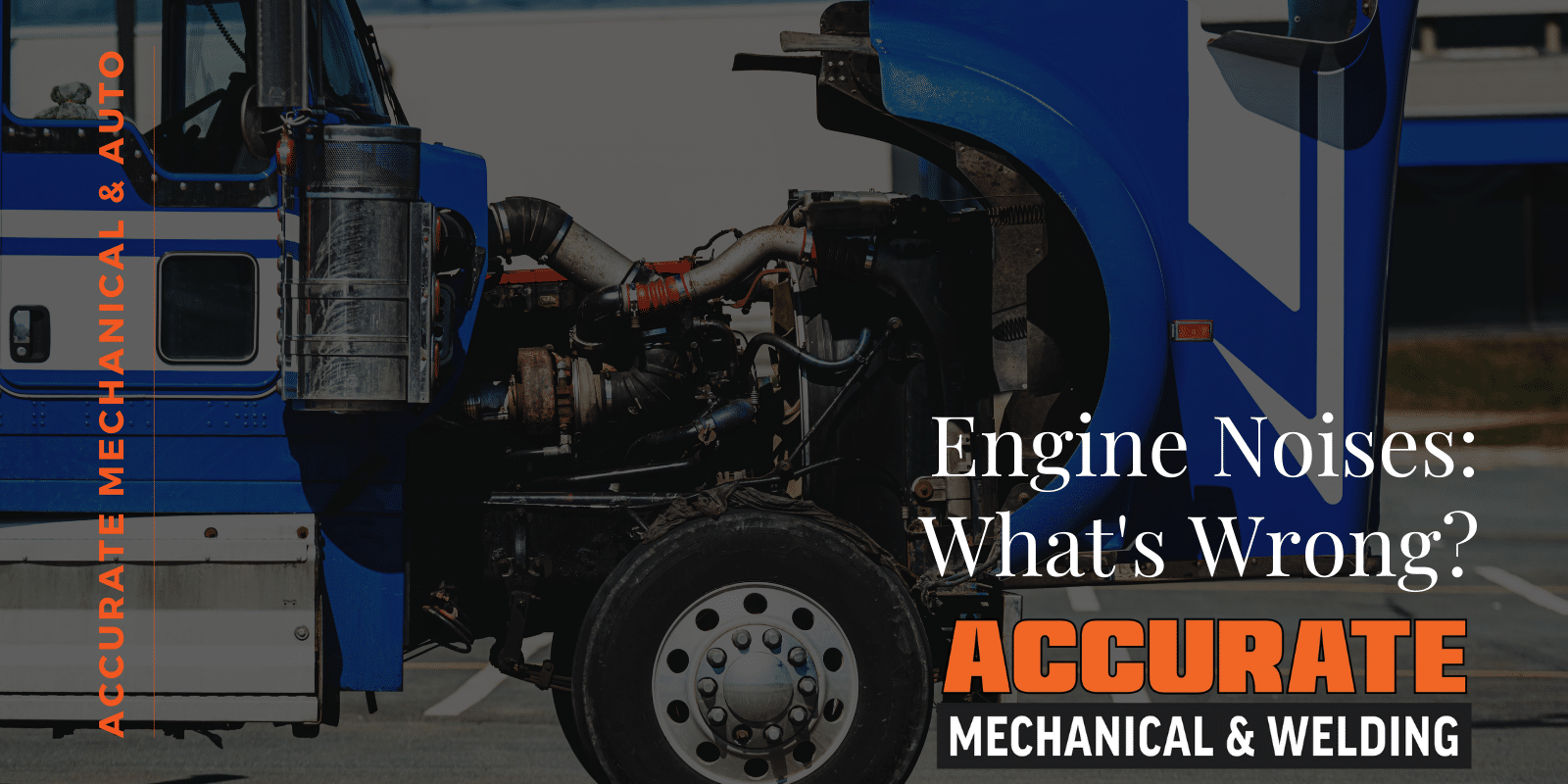 Diesel-powered trucks, like any other machine, can experience mechanical problems. If these are not solved immediately, it could cause safety issues or costly downtime for your fleet. Among these problems include engine noises that require immediate attention. Here are the five noises of an engine that you should take considerably alarming to be placed in an engine repair and service.

If you heard a squealing sound in your engine bay, it suggests an issue with the serpentine belt. This engine part is responsible for running other components, such as the power steering pump. So, when it stops working, it will have a domino effect on other truck accessories.

This sound can be heard in front of the vehicle. Other indications could be heard if you make a U-turn or accelerate the truck quickly. So, going to an engine repair and service could help you with the problem.

A popping sound does not just mean that one of your wheels is flattened. It could also be related to a malfunction in the engine leading to a backfire of the engine. This popping sound happens when the combustion system is not working correctly. It can be caused by a failure in the compression, combustion, or exhaust and propulsion. This engine noise poses risks, so it is best to visit an engine repair shop once you hear it.

Suppose you experience hearing a whining sound while driving or when you run the engine. In that case, this could mean a problem with a bearing. This needs an immediate response because it may cause further damage to other parts of the car engine.

In addition, bearings can be found in various engine parts like the alternator, water pump, and belt tensioner, meaning that the issues could be in any of these parts. Having it fixed earlier means safer driving and less downtime.

Commonly known as the rattling sound, the pinging noise is an engine issue, specifically in the engine cylinder. If not fixed immediately, it could damage the engine. The sound occurs for several reasons. It could be due to the overheating of a machine, a failure in the EGR valve, or improper fuel octane. To inhibit more damages, you should take the vehicle for an inspection like in truck inspection Calgary. It is best to have your car checked before driving again.

Having a well-functioning truck means safe and comfortable driving. That is why knowing these engine sounds is necessary to fix the problems immediately. If you suspect an issue with your truck’s engine, contact us at Accurate Mechanical & Auto right away!

How to Find a Trustworthy Diesel Shop
November 15, 2022